The dogs of the White House Protection Force are on the job again. In Off the Leash Thor and Linda saved the day, even as she lost her heart to Clive, the master chocolatier.

Now, in M. L. Buchman’s latest, it is up to Malcolm the English springer spaniel as his nose guides his handler Jim straight into the new driver of The Beast. Only the very best are selected to drive the President’s limousine and that absolutely describes Reese Carver. But being the best driver, doesn’t help her steer a clear path through her life.  Only together can they save their lives and their hearts. 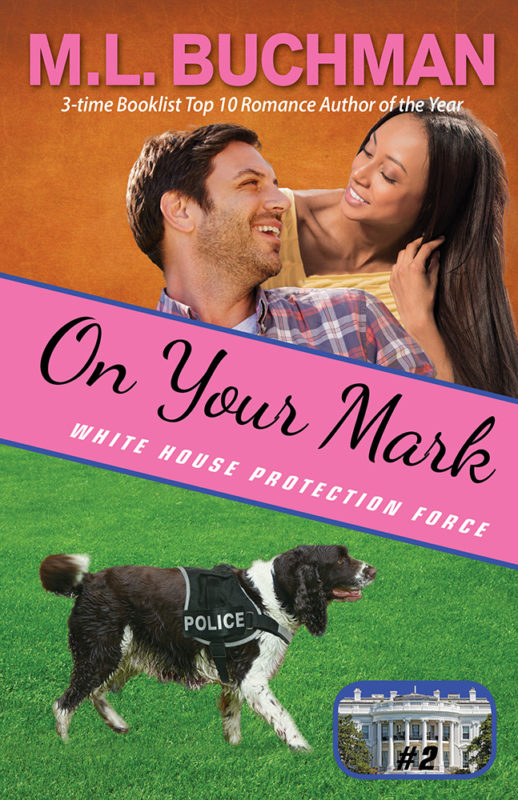 The real secret to the safety of our White House and our nation lies in the hands of a secret team who operate deep behind the scenes putting their lives and their hearts at risk.

“Then the dogs,” Reese interrupted his memories.

“Don’t know those either.”

“Big trucks. Seriously big,” he liked sitting with her as if they did this all the time.

“You’re a trucker kind of guy,” Reese concluded and went silent as if the interview was now over.

“Makes you the black sheep of the family,” she nodded once to herself. She now had him well pigeonholed. He didn’t know if that was comforting or irritating.