The elite firefighters of Mount Hood Aviation fly into places even the CIA can’t penetrate.

FROM WILDFIRE TO GUNFIRE

When former Army National Guard helicopter pilot Robin Harrow joins Mount Hood Aviation, she expect to fight fires for only one season. Instead, she finds herself getting deeply entrenched with one of the most elite firefighting teams in the world. And that’s before they send her on a mission that’s seriously top secret, with a flight partner who’s seriously hot.

Mickey Hamilton loves flying, firefighting, and women, in that order. But when Robin Harrow roars across his radar, his priorities go out the window. On a critical mission deep in enemy territory, their past burns away and they must face each other. Their one shot at a future demands that they first survive the present-together.

The heli-aviation wildland firefighters of MHA face their most dangerous mission yet. This time they must literally fly into the fire and hope their hearts can survive.

If you enjoy firefighting romantic suspense,
don’t miss the deal on this great trilogy: 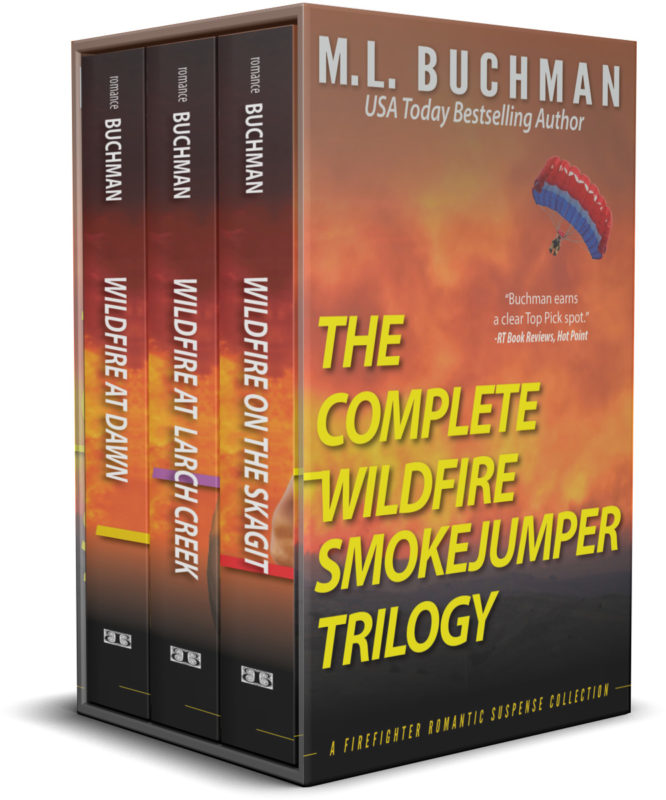 A trilogy of Firehawks Smokejumper romance novels all in one volume.

Three novels of love set among the fires from Oregon to Alaska!