The Shenzhen government review board banned the production and export of The Great Chase geopolitical strategy game due to the game’s use of internationally recognized Time Zones. 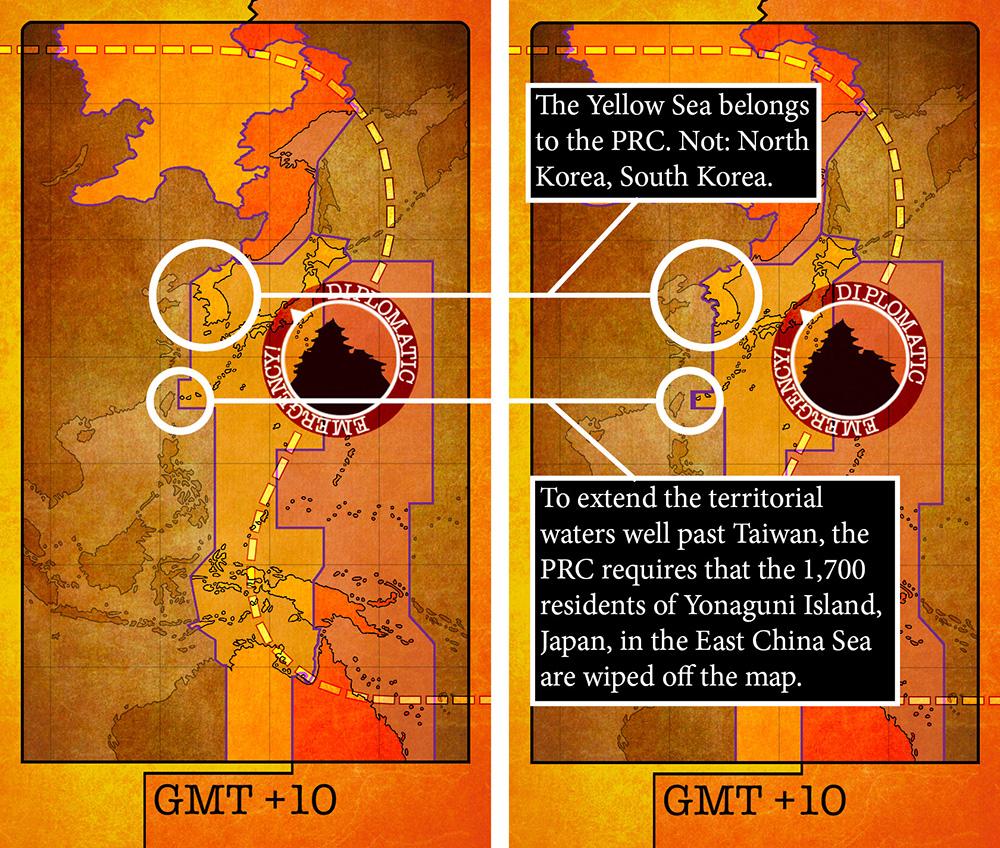 Final assembly of the game in the US includes the above bonus of “original maps” with the explanatory backs below. 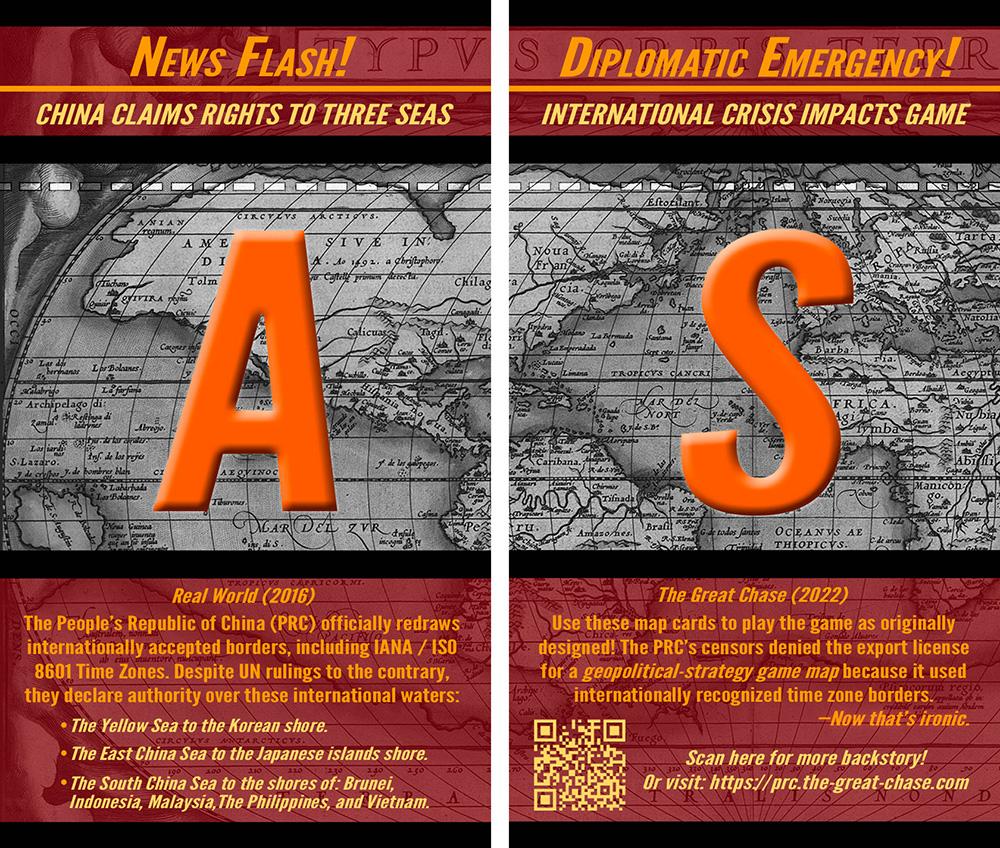 Originally conceived in 2020, author M. L. Buchman planned a cooperative-play strategy game based upon his bestselling Miranda Chase geopolitical technothriller series. He teamed up with Alex Massar of Librarium Games to develop his concept. In July 2021, The Great Chase was successfully Kickstarted for 300% of the ask.

In August 2021, production was outsourced to the best bidder, based in Hong Kong, China.

In October and again in November the Shenzhen government’s export review board rejected the game due to the use of internationally recognized Time Zones on the map. They demanded that the map conform to their redrawn Time Zones to reflect the notorious “eleven-dash line” despite the UN declaring it unlawful in 2016.

They then stalled the third redesign review for three additional months, giving final approval in February 2022. Final delivery to backers occurred in May 2022.

Recap: A seven-month delay in delivery due to the original game’s map design not violating the sovereign waters of other nations.