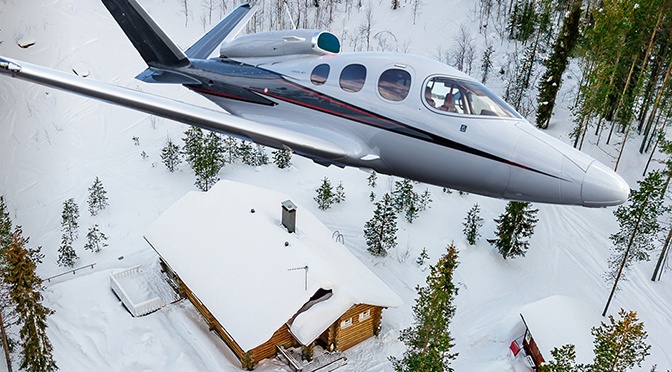 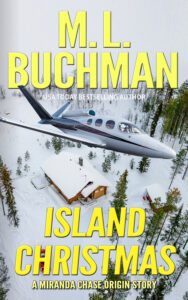 In my recent Christmas story, Island Christmas, a character arrives on Miranda’s island flying a Cirrus Vision SF50. As you can see on the story’s cover, it’s quite cute.

I try to make a big deal of it…without making a big deal of it because it’s not the point of the story. So, hours and hours of deep-dive nerdiness became these few lines:

She really should have recognized the Cirrus Vision SF50. It was the only production single-engine jet—just having the one Franklin engine accounted for the peculiar sound.

The Vision was very surprising. Sixty years newer in design, it was smaller than her Sabrejet by two meters, yet could carry seven people including the pilot in luxury, instead of one in a cramped cockpit. Of course, it couldn’t break the speed of sound, or shoot its machine guns, or drop bombs as her Sabrejet once had, but it was a very pretty little machine with a very high-grade safety factor, including a built-in parachute system.

She would have liked more time to inspect it, but the storm was kicking harder with each passing minute.

But before I nerd out about why this was such a cool and rather unique jet, I’m first going to nerd out on small jets in general.

We may not think too much about the sizes of jets. One aisle versus two. Maybe even one deck versus two for the Boeing 747 and Airbus 380. We might also think about small jets for the local flights.

But private jets are in a whole other classification system of their own. Let’s break it down a bit.

There is a surprisingly sharp dividing line between small commercial jets and private jets. It’s rare for the former to have under twenty-five seats, and its rare for the latter to have over fourteen. These “private” jets are used for charters, corporate planes, or folks who have millions to spend on a personal plane, sometimes many millions.

For the sake of this nerding, I’ll skip the commercial jets that are repurposed as personal ones.  Yes, there are plenty of people out their flying these things. With the end of production of the world’s two largest superjets (the 747 and A380 mentioned above) you may think their choices are hampered, but just check out this page for Boeing Business Jets (BBJs): https://www.boeing.com/commercial/bbj/. Be prepared to waste some time there, these are very cool setups. It is very common for these customizations to double the price of the jet. Yes, a Boeing 787 Dreamliner costs $2-300M based on the model. It is not uncommon for a customization into a private or corporate jet to cost another $200M!

In the 14-and-under passenger category, we still get four types of small jets. Different people define these differently, but this is a decent pass at it. (The passenger numbers include the pilot(s), different aircraft are rated differently.)

It’s not that simple of course. It might look more like this (typical numbers–there are always exceptions):

So it becomes a matter of how fast you need to move how many people how far. Luxuries go up as well: fully reclining seats, couches facing big screen TVs, small galleys, etc. (Also, a 14-seat plane can be configured to be a very comfortable 6-seat plane with lots of extras, like stewards and galleys. The level of luxury is optional. Just sayin’.)

The Light Jet category is often called the Very Light Jet group. Less than 12,5000 pounds MTOW (Maximum Take-Off Weight), it’s like the super-heavy SUVs that aren’t quite classified as trucks because they weigh just under the three-ton limit.  These aircraft are so small and light that they truly qualify for the category of “personal jet.”

I easily find only four jets in this category:

The thing that’s so special about this last one? It became the first-ever single-engine jet certified for civilian use.

This little 30-foot long plane can seat 4 comfortably. It can be configured to seat 7, but I suspect that the back 3 seats are like the back of my Dad’s 1964 VW beetle (you’d better be six years old to fit back there).  There are dozens of cool things about this airplane, but here are my two favorites.

General page about this plane:
https://cirrusaircraft.com/aircraft/vision-jet/

It has a parachute!

Per Wikipedia, on their prop and passenger planes, parachutes have been successfully deployed 83 times, saving 170 lives and 19 of the planes. It gives them one of the best safety records in all of aviation.

There’s an utterly brilliant video of one of these deployments that was captured by a Navy ship that the pilot had reached while calling a MayDay over the Pacific Ocean:

The pilot falls over dead at the wheel (yes, that has happened). The passenger punches a button in the ceiling of the plane. The plane takes over! It locates the nearest safe airport, communicates with the tower, then lands and stops the plane.

You thought self-driving cars was an interesting challenge. How about a self-landing plane. Amazingly, nerd-worthy, cool things can come in splendidly small packages.

This plane won the Collier Trophy in 2018. That’s like the Nobel Prize of aircraft design. Other recipients include the men and the Bell X-1 for breaking the sound barrier, the design of the B-52, the Mercury 7 astronauts, the Apollo 11 crew… It’s an amazing achievement.