Lots and Lots of Crows

In February, my wife and I went out with the Massachusetts Audubon Society to two lovely spots: Incinerator Road and the Wastewater Treatment Plant in the, slightly sad, old mill town of Lawrence, Massachusetts. Incinerator Road actually leads to a ball field perched atop a hill that offers a sweeping view of town and the Merrimack River. The busy little airport is perched just over the ridge, and small private planes were zipping aloft for a sunset flight the chill but beautifully clear evening.

There wasn’t much to see at first. The occasional crow flitted by, but the Audubon guide promised us there was more to come.

It only happens in the winter. Crows will gather in staging groups in this area. And then, as a single mass, all of them will go aloft and move to the final resting spot where they will spend the night.

So we watched and waited. The groups grew. The last photos I was able to get before it became too dark are the three below. These photos were mere seconds apart. The same section of river, just different segments of the great stream of crows flying above its waters. 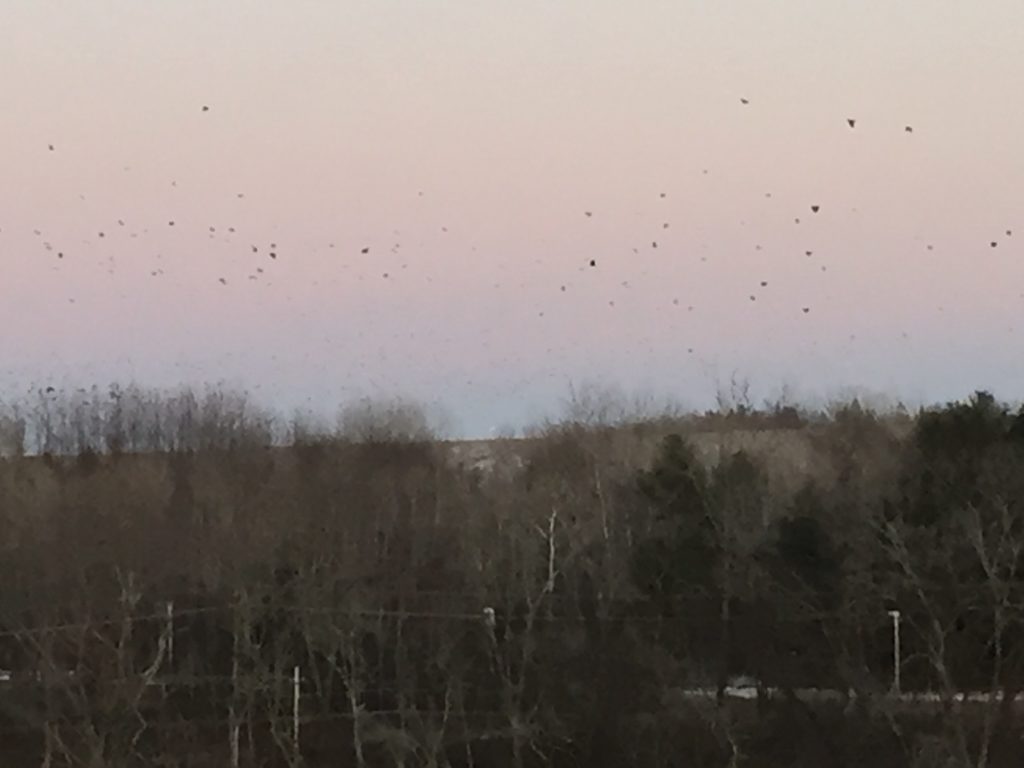 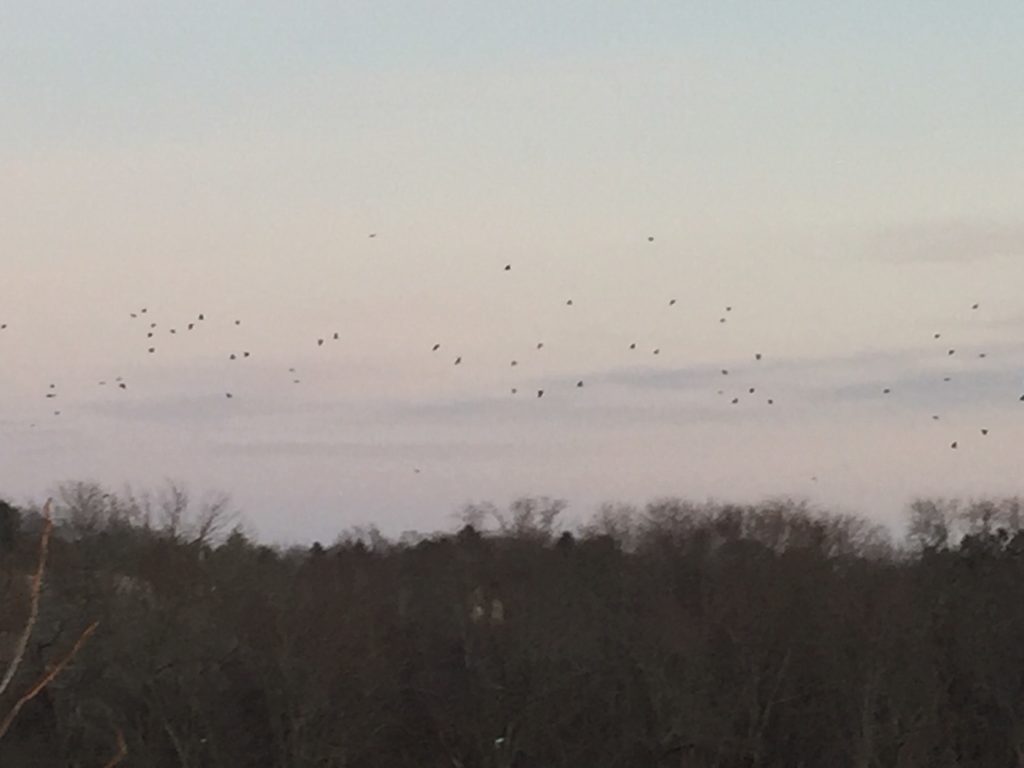 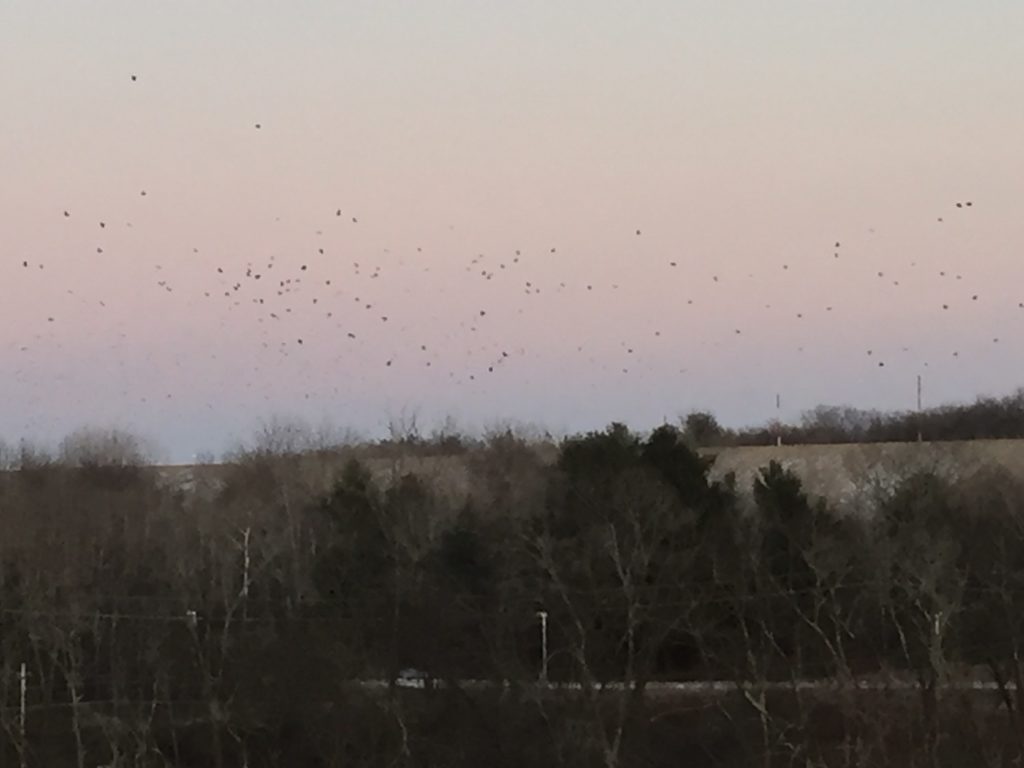 Over the next, rather cold, hour, this stream was constant: a massive group of 2-300 crows would pass by, a five-minute pause, and another two groups would wing in. And that was just from the south. We could see them coming downriver as well in the far distance.

They come from all over this section of Massachusetts. For at least 20 or 30 miles around, the crows all fly to the river and then follow it to this area. They’ve been doing it for decades that we know of.

We then shifted to the riverside wastewater treatment plant at the very tip of N. Main St., thankfully odor free. It was now too dark to photograph, but we were at the very southern edge of a massive gathering spot. The crows were so thick that we kept wondering why the branches above us weren’t breaking.

Then at full dark, just as the guide had predicted, they swirled aloft en masse. Venus was clear in the sky and Orion (discussed back in February in NerdGuy #6: Orion and Not Orion) was showing his changing form. For five minutes, the night was so thick with crows that the last of the dark evening blue was blotted out. In flights of thousands they crossed the river to perch on trees directly across the river from us on a little no man’s land between a freeway on ramp and the river.

The “why” is a puzzle. They’re big birds, so they don’t need to huddle for warmth in most weather as the little birds do. Some of it is for protection from owls and such. But why not in groups of a thousand or so closer to home? No, some twenty thousand of them come here every night for the winter months. We’re seeking grant money to tag them and track where they go during all of the spring, summer, and fall.

These big night groupings happen all over. But for dozens of square miles around, perhaps hundreds, in the winter they’re roosted in the trees along the Merrimack River in Lawrence, Massachusetts.