Well, if you’ve read Emily’s First Flight (see the post above), then this posting will make much more sense because, for this story, I reached back into my own flying experience.

All through my teens and early twenties, I dreamed of being a pilot. Not military jets or aerobatics. I want to fly the big passenger jets. These are simply remarkable machines.

I’m also just old enough to have been a child of the great changeover from turboprop to jet. The first Boeing 707 entered service within months of my birth. I actually remember the huge changeover that Mohawk Airlines (our upstate New York local feeder airline) made from the Convair CV-240 turboprop to the exciting BAC One-eleven. 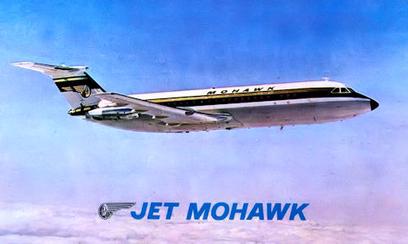 I will sometimes still go and find a place to park just past the end of a runway. (There used to be a great little pull out at the north end of Sea-Tac airport on S 154th St. that looks like it’s still there on Google Maps. https://www.google.com/maps/search/sea+tac+airport/@47.4651652,-122.3169769,1469m/data=!3m1!1e3) I’d often take a lunch there and not realized I’d missed dinner until it got dark. It’s amazing watching the huge hunks of metal that we’ve learned how to throw into the sky.

At that time in the early ’80s, 747s and DC-10s seemed to rule the sky. To watch those monsters roaring aloft only a few hundred feet directly overhead, one after another, was a wonder.

My pilot dreams died when it was discovered that I was partially red-green colorblind.  The best way I’ve found to describe it: Look at a traffic light. I see an intense red, a vibrant yellow, and a green that’s so pale that it almost looks like a streetlight. If were were to look out at nature and name colors of green, we’d agree on the names, but I probably wouldn’t be seeing whatever it is that you’re seeing (unless you’re part of the 8% of males or 0.5% of females with the same vision issue).

By then I’d already earned my private ticket and was well on my way to my instrument rating. Sigh! I took one final, beautiful flight up over Washington’s Olympic Mountains, then circled down and hung up my wings. I just couldn’t justify the cost, no matter how much I loved doing it, if it was only going to be a hobby.

Don’t think that I’m unhappy about it. I never could have written the Night Stalkers, Firehawks, or Miranda Chase without having been a pilot. I’m constantly amazed at how our pasts shape us in the most unexpected ways.

But back to the learning to fly.

Non-pilots think that the “key” flight for a student pilot is the first solo. It’s the first time that the instructor thinks you’re ready to take off on your own, circle the airport, and land again. By then, you’ve already done this fifty or more times with the instructor along for the ride. It’s about remembering to breathe, thinking through everything you know, and just doing it.

Adrenaline doesn’t hit until you land and you think, “Hey, maybe, just maybe, I can do this!” Though I’m not denying that it’s a very cool moment.

But the real first flight is the “cross country.”

It’s the first time that a student pilot is truly out on their own. No instructor, filing your own flight plan, and flying for over four hours with three stops at three unfamiliar airports.

Emily’s story shares mirror my own emotions about flying during that story. It’s a wonderful, amazing feeling of immense freedom that I’ve discovered in so few other places.

My own journey was in a tiny, fixed-wing Beechcraft Model B-19 Musketeer Sport.

The flight school was nice enough to refer to it as the Sport so that I wouldn’t feel either like the hapless d’Artagnan or a member of the Mickey Mouse Club—the Sport really was quite small and cute. It had a single engine, fixed landing gear, and could technically seat four, though the back two should be Munchkins. I loved that little plane.

Rather, my flight was supposed to be in the Sport. But my trip began with a broken plane.

So they moved me up to the “much” bigger C-23 Sundowner. With its twenty percent larger engine and a backseat that really was big enough for two, it was out of “tiny” all the way up into the grand category of “small.” It was also about ten percent faster, which boded well—though not well enough, as you’ll see.

I’d been planning this flight for weeks, set aside the entire day, and arrived early. The weather didn’t cooperate. Predictions said it would clear in the afternoon, so I got a burger at the Blue Max restaurant at Boeing Field, then paced the flight line—for hours.

Watching all of the IFR (instrument rated) pilots zipping in and out of the field wasn’t infuriating, but it was sure close.

I finally took off after two pm on the bright October afternoon—maybe closer to three. I zipped north to Arlington because the rest of my route wasn’t quite long enough for the required minimum flight. Even in the Sundowner, it wasn’t more than twenty minutes before I was back on the ground again.

After that, I doubled back to curve south of the Olympic Mountains. I’ve mentioned them before, but they deserve a few more words of description (in case you didn’t read Emily’s story).

The Olympic National Forest covers roughly a million acres (a thousand square miles). Numerous peaks soar past eight thousand feet and have year-round glaciers (or did back in the 1980s). You can put on a backpack and walk for weeks without crossing a road. The forest is thick with 300′ tall Douglas firs and at the northwest corner it has the Hoh River Rain Forest, a temperate rain forest where the trees have 20′ long moss beards. There are hot springs, hiking trails, Roosevelt elk, and black bears. An incredible place.

Anyway, Emily’s route north of the Olympics was from my final flight on a bitter February night with a broken plane heater. Very chilly at ten thousand feet but so beautiful that I didn’t care.

Back to my “cross country” flight. Once I reached the coast, our routes overlapped. I flew from Ocean Shores all the way down the Washington and Oregon Coast until I was opposite Portland, Oregon at five hundred feet up and perhaps a hundred feet out to sea. Along with that final sunset flight over the Olympics, it was the most beautiful flight I ever took. Even better than circling Mount St. Helens shortly after the eruption.

I did overfly the beach Emily landed on, and forty years later I can still see it so clearly in my mind’s eye. Somewhere down along the Oregon Coast lies a little cove. I’ve always wanted to go back and find it—sand scooped right back under an overhanging cliff. Two tiny headlands no more than a hundred meters apart but so rugged only a mountain climber could cross them from the neighboring coves. A small jagged sea stack just off the shore to one side, making it even more picturesque. At the time I overflew it, it was brilliant with the late afternoon sun.

My landing at Hillsboro Airport was almost as brief as hers. But my planned break wasn’t cut short by any need to perfectly meet my original schedule as Emily’s was.

My problem was that my late departure was going to have me landing after sunset at the tail end of a long, arduous flight, with all but the last few miles over terrain I’d never overflown.

The route was easy, get 5,000′ over the massive I-5 corridor and fly right over it from Portland back to Seattle. I did arrive back in Seattle after full dark—the sun sets at about 6:30 in Seattle in October. It was more like 7:15.

Then it gets interesting. Swing wide to avoid the airspace for Joint Base Lewis McChord (back then they weren’t joint, but it’s still one of the largest Air Force bases anywhere). Then slide up over Vashon Island and turn east to land. I’d flown out of Boeing Field in Seattle, Washington which has two parallel runways, servicing five hundred flights a day. A busy airport in the midst of a busy area.

And at night Boeing Field is very poorly lit.

That night I learned that this is intentional. It’s kept dim, because less than four miles south is the massive Seattle-Tacoma International Airport. They don’t want big passenger jets incorrectly landing at the wrong airport.

While speaking to the dimmed Boeing Tower, they kept complaining that they couldn’t see me. They checked that I could see the traffic behind me, an incoming Beech Baron (the six-seat, twin-engine big brother to my Sundowner). I looked back and there was a very bright landing light behind me. Check.

Still they couldn’t see me. I changed my transponder code (a radio beacon frequency) and I still didn’t show up on their scopes.

That’s when I glanced sideways instead of just watching the runway threshold.

In my surprise, I keyed my microphone even as I spoke.

“Those are baggage carts.” A long line of them. “Oh my god! I’m at Sea-Tac.” And the big bright landing light behind me wasn’t a Beech Baron; it was a massive commercial passenger jet (weighing 3-400x more than my tiny Sundowner). I was cluttering up the busiest runway north of San Francisco, and between Denver and Tokyo.

At twenty feet up, they had me abort the landing. “Turn immediate right heading…”

Let’s just say that no one was happy when I finally returned to the ground at Boeing.

Not me for having screwed up—though I never panicked or hesitated. (The sole compliment I got for my entire flight.)

Not Boeing Tower that had been yelled at by Sea-Tac Tower.

Not the chief flight instructor who’d just been chewed out by the FAA and Boeing Tower.

Not my flight instructor who’d been reamed a new one by the chief.

And, just to make a clean sweep of it, not the receptionist or mechanic who’d had to stay late to keep everything open until their last flight of the day had returned. And then had to wait through the debriefing that such an incident required.

My next three FAA-mandated flight lessons were night flights as the instructor made sure that I knew exactly where I was and exactly what Boeing Field looked like at night.

I like the end of Emily’s flight much better. 🙂