You use them every day…perhaps 100s of times.

Did you glance at the BBC news? Send a message to a friend traveling in Thailand? Look at a webcam of a wildfire in California (but you don’t live on mainland North America)?

If so, you used an undersea cable. Satellite? Nope. By comparison those are both slow and very expensive. They’re better for beaming down large blocks of programming to a massive area to be picked up by big radio dishes to feed into local cable systems (and little ones at home). Bad weather can interfere with the signal, making frequent resends necessary (it’s all done automatically, but the repeating still slows everything down).

There’s an old World War II submarine cable sticking out of a hillside not too many miles from where I live. We went to see the old anti-submarine observer tower that’s smack in the middle of a very upscale neighborhood. The cable has just been chopped off and left behind in a road cut with no indication if back in the day it was merely connecting to Boston or it stretched all the way to Europe. An insulated core wrapped in heavy armor (that’s all the twisty steel, not for conducting, just for protection). There would then be another protective layer over that, but the rubber has probably degraded out of existence (the tower is at least 75 years old).

They’re now fiber-optic thread (or a bunch of them), inside a copper tube (which carries a current to drive the repeaters that boost the signal every 100 km or so), inside armor, waterproofing, and so on. The whole cable will be only 2-3 inches across, all of it in service of a dozen threads of fiber optic each finer than a human hair.

Now multiply by those 450 cables (despite varying speed and age), and you can see how they connect our world together.

Every few days a cable is broken by rock slides, underwater earthquakes, or fishermen. In an extreme example in 2007, a couple of Vietnamese fishermen essentially unplugged the country. They pulled up 27 miles of cable with the intent of selling it as scrap. For over a month the country had to limp along on a single, aged cable.

Cutting a cable is easy.  The main safety against a cable attack at this time is simply the vast number of cables. To target even a significant number, at least in the first world, would be a monstrous task. In less connected countries, which may have only one or two connections, or worse yet may only be linked through another country’s cable, this is a higher risk.

Tapping one is harder, but both the Russians and the US have submarines that appear to have been specifically adapted to do this. Consider these links:

The submarine USS Jimmy Carter (with an extra 100′ section) took over duties from the USS Parche worked for the NURO, National Underwater Reconnaissance Office (part of the NRO??). And if you want to muckrake a little deeper, try this article.

Tapping them on land is trivial, as Snowden revealed in his document theft from the NSA.

This is, of course, no surprise at all to any half-decent computer tech, and it is practically guaranteed that every country is doing it and has been all along. Snowden just happened to steal a document that exposed GCHQ (the British equivalent to the NSA).

The easiest attack point is where the cables come ashore. Any sailor knows the “Do Not Anchor Here” signs of a cable crossing. They often carry power to an island along with phone and cable. But they can also be crossing oceans. There are two options about what to do with the sea-to-land terminus: hide it or fortify it. Or do both. All of the examples in my recent release At the Merest Glance are real, except for the Senegalese one. I found solutions precisely like the ones I used there, but was uncertain of the precise location it actually comes ashore there. In the book I talk about the WWII solution at Porthcurno, Cornwall, where they buried the cables and the operators inside a sea cliff.

Yes, there’s an entire, utterly fascinating infrastructure that underlies our oceans and connects our world together. I hope that it only grows.

For the Total Geek

A neat 3-minute video of how cables are laid under the ocean.

A 43-minute special on how cables are: manufactured, laid, and fixed that I found riveting despite the narration style.

All this for a few scenes in Shadowforce: Psi #3 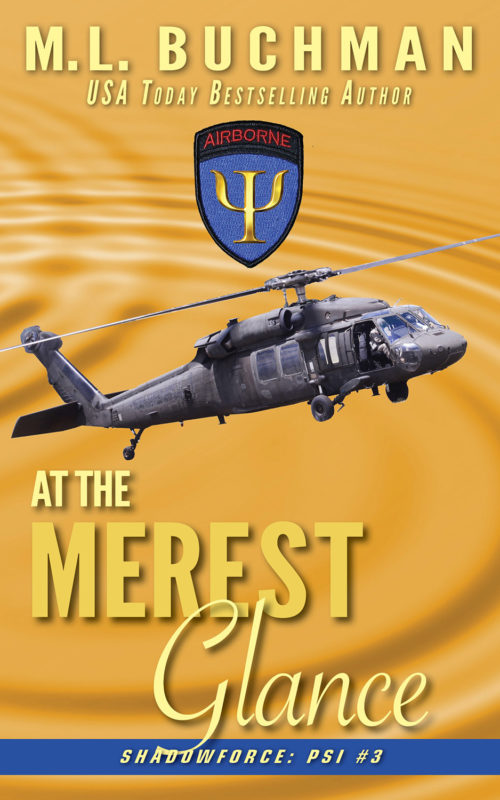 Sometimes seeing is believing, sometimes it takes feeling as well.