Skip to content
Home > Books > Till the Clown Sings 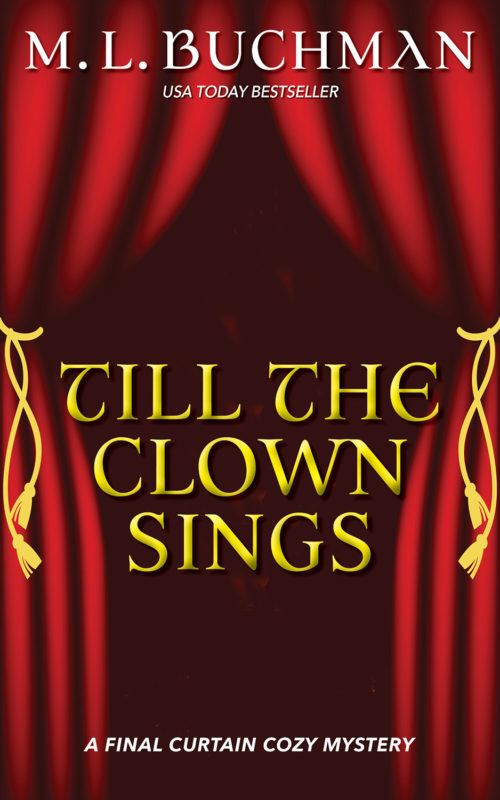 The Opera’s Diva Is Dead! BEFORE the fat lady sang.

Assistant Stage Manager Jenny Caruthers survived the opera cast’s egos for four weeks of rehearsals, only to have the nightmare diva miss the final rehearsal curtain call. Why? She’s dead on the backstage floor. Very annoying.

Did the fat lady die on Jenny’s watch from a heart attack, general nastiness, or was there more to the scene than hit the stage? She doesn’t lack for suspects.

The diva’s moody tenor husband? The soprano who envied the diva’s fame? The well-built baritone with nefarious plans of his own?

Jenny must unravel the mystery before the clown sings and the final curtain falls.

Intn'l & Other Stores
Preview
Disclosure of Material Connection: Some of the links in the page above are "affiliate links." This means if you click on the link and purchase the item, I will receive an affiliate commission. I am disclosing this in accordance with the Federal Trade Commission's 16 CFR, Part 255: "Guides Concerning the Use of Endorsements and Testimonials in Advertising."