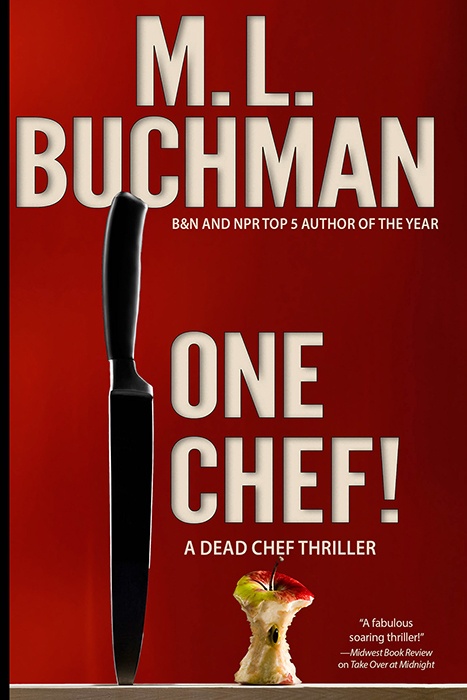 Kate Stark runs the #1 television cooking network. When a chef dies on air and a guest judge goes down, Kate must assemble a team to solve the crime. But her present isn't the problem, it's her past. And if she doesn't hurry, the show will be over, forever.

When the recipe calls for death, you need secret ingredients. Fast!

Kate Stark owns the #1 cooking network on television. When a chef and a guest judge die on the air, all fingers point to her.

But Kate faces her own problems: Five years ago, while a Special Agent in the U.S. Secret Service, she busted a major North Korean currency counterfeiting ring.

From New York TV studios and the Chrysler Building penthouse suite to the Panama Canal and a DPRK smuggling ship, Kate races to stay alive and recruit her team: a geek, a Marine, her con-man twin brother, and a very handsome guest judge.

Death toll so far?
ONE CHEF!

Other Books in "Kate Stark Novels" 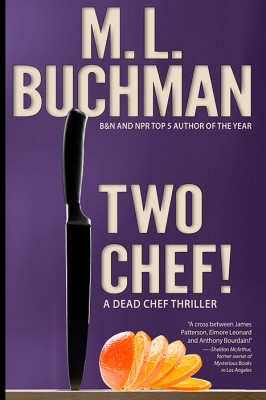 Two Chef!
Look Inside
Disclosure of Material Connection: Some of the links in the page above are "affiliate links." This means if you click on the link and purchase the item, I will receive an affiliate commission. I am disclosing this in accordance with the Federal Trade Commission's 16 CFR, Part 255: "Guides Concerning the Use of Endorsements and Testimonials in Advertising."